Outrageous, dramatic, instructional, and even touching reality shows have grown into a huge business in the past two decades. According to National Geographic Channel’s numbers, there were 350 new primetime unscripted series on cable television last year.

Clearly, interest in reality TV isn’t going anywhere, but critics of the genre are quick to dismiss these hit shows by calling them “scripted” or “fake.” “I’ve never worked on a scripted reality series. Good luck trying to get f—ing reality talent to do anything scripted, because they’re so difficult. So I don’t even know what that means, that accusation,” one producer of several reality shows, including Bravo’s “Real Housewives” franchise, told Business Insider on condition of anonymity.

“There is a cliché that the truth is stranger than fiction. And on reality, I have consistently found that to be the case,” Sean Dash, who has produced nonfiction series, including Discovery Channel’s “Bering Sea Gold” and “Deadliest Catch,” told Business Insider.

“I think the issue often is your viewer cannot believe what they’re seeing because it can be so ridiculous or so absurd, but it is actually, literally, exactly what had happened,” Dash said.

The issue often is your viewer cannot believe what they’re seeing because it can be so ridiculous or so absurd, but it is actually, literally, exactly what had happened.

“I certainly see that plenty of times on the shows that I’ve worked on, and I go see the comments and I just laugh because yes, that did happen. That genuinely was a father and son rolling around the dirt fighting. That’s them; that’s not us.” That doesn’t mean the shows just stand back and film. The producers we talked to say there is definitely a story they’re trying to tell. That can take skill to pull off, and some maneuvering when things don’t go as planned.

“As a reality producer, you’re dealing with real people with their own minds that have their own images that they want to control or they want to be seen. We don’t always know what we’re going to get,” said producer Rahel Tennione, whose credits range from “Real Housewives” to dating shows like “Tough Love,” competitions shows including “The Real Gilligan’s Island,” and serious docuseries like FX’s “Black. White.” Business Insider talked to producers about the behind-the-scenes secrets that go into creating the drama you see on successful reality shows. Here are some of the trade secrets behind TV’s most popular reality shows.

It all starts with casting. Obviously, a reality show hinges on the people involved. That’s where a show can be made or broken. “We look for people who have really interesting stories to tell who won’t shut down on camera, who are outgoing, dynamic personalities, or willing to expose themselves a little bit, for lack of a better term,” the anonymous producer said. Dash said that not everyone on a show gets equal footing. Many times, the cast needs someone who shines above and beyond the others.

Producers are prepared to cut a cast member. Some women cast on Bravo’s “Real Housewives” franchise don’t make the final cut. Many reality shows with ensemble casts will bring in more people than they need, because it’s hard to tell if someone will fall flat. In those cases, producers try to help the struggling cast member out.

“You do everything you possibly can to try to bring out the best of them,” Dash said. “You try to see who it would be good to pair them up with, who do they bounce off with naturally, what tends to spark them.” But sometimes it’s a lost cause. “Real Housewives” is known to bring in extra women who attend shoots alongside the other ladies. And by the end of shooting, it becomes clear whether they’ve earned a place in the opening credits.

“If somebody just doesn’t deliver, they just begin naturally to fade because the edit bay, honestly, is a meritocracy,” Dash said. “The best characters win out and the best stories win out. People who don’t deliver just end up on the cutting-room floor.”

You have to get inside the reality stars’ heads. In Lifetime’s hit “Unreal”, which parodies the production of a “Bachelor”-like reality show, producers constantly coax their contestants. The truth is that’s a very big part of creating the drama you see on reality TV.

“I like to be like an assassin. I’ll try to subtly get the story way before the scene,” the anonymous producer told us. “I’ll put it into their heads so they think about it organically. I’ll trick them. Basically, I’ll sort of give them story beats a couple days in advance or remind them what’s happening in real life and what we want to see in a subtle way, so they don’t know I’m doing it.”

Sure, that sounds underhanded, but it can actually turn out to be cathartic for a cast member who may not want to handle confrontation, or who’s trying to figure out what’s bothering them, according to the producers.

“You simply prompt them and you say, ‘Hey, so-and-so, I know you feel this way, tell him about that,'” Dash said. “In a weird way, you’re doing on-camera therapy, but all you’re actually doing is bringing out the tension that exists between these two people and letting them talk it out. I know this sounds bizarre, but I have seen relationships actually improve because of the intervention of the show in people’s lives.”
Place them like chess pieces. 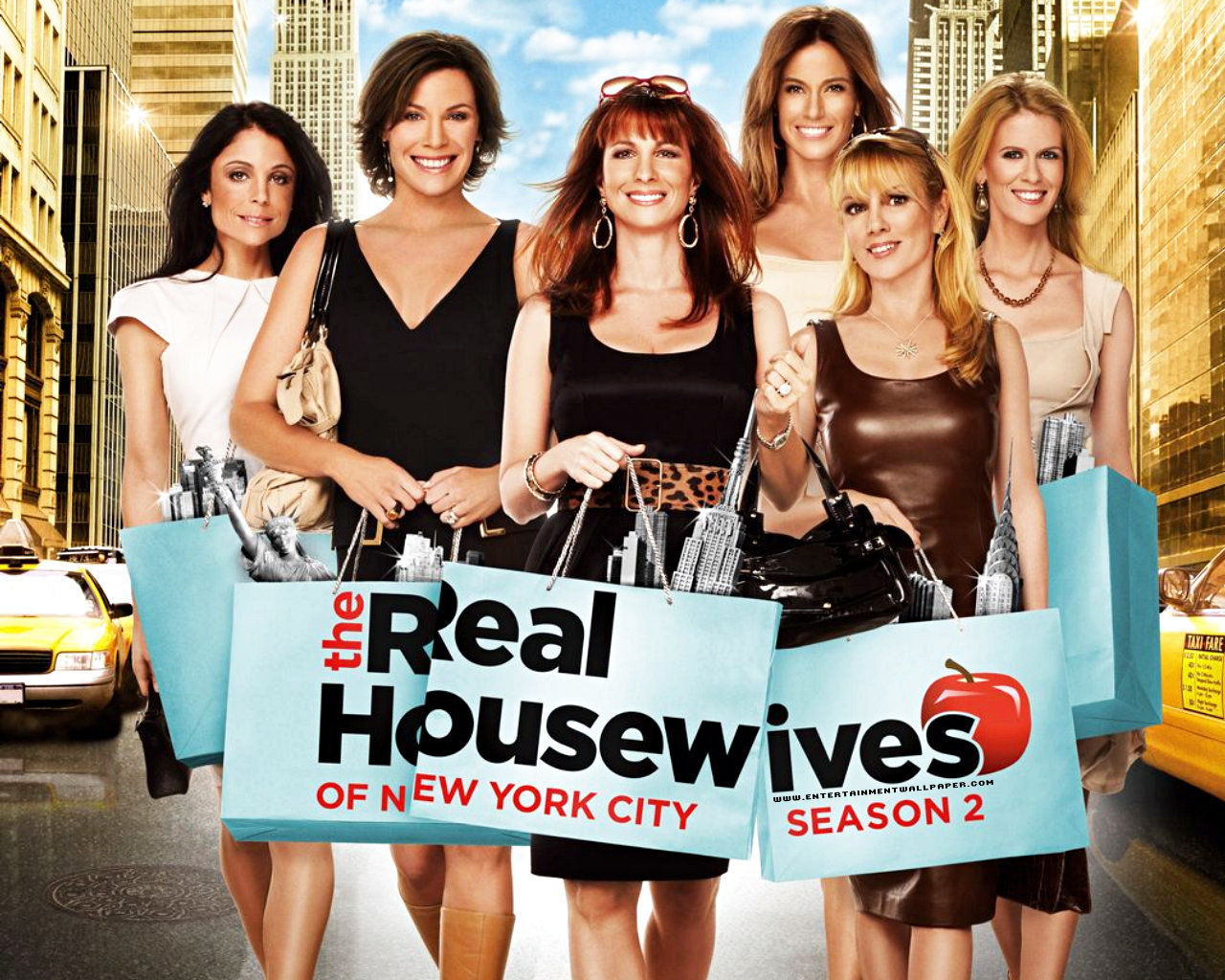 “Real Housewives” is notorious for its over-the-top fights during cast dinners. One secret to getting the drama flowing is assigned seating. “A lot of that is prearranged seating,” the anonymous producer said. “You’ll say, ‘When you walk up, you’re going to sit next to him and sit across from her,’ in some cases. Sometimes the whole cast knows where they’re sitting, and sometimes they don’t know. Sometimes just a few know.” But there’s very little producers can do about the outcome of competition shows.

Fairness is paramount on competition shows like CBS’s “Amazing Race”. Every “Survivor” or “Amazing Race” fan has had that moment when you feel that a person either doesn’t deserve to move on, or it seems like a show fixed it so that a dramatic or popular contender can continue. The truth is there’s little producers can do to mess with the results of the competition, or they open themselves up to major legal ramifications. “[Competition] shows have a lot of rules and restrictions that are governed by a lot of legal people,” Tennione said. “When you’re in a competition series, and when you work on a competition series, everything has to be fair. People have to start from the same place … Competition shows play by the rules.”

Some shows shoot and air scenes out of order. “Keeping Up With the Kardashians” has become notorious for playing with the show’s timeline. Blogger Mariah Smith has made a career out of exposing the storytelling tricks of E!’s “Keeping Up With the Kardashians.” Her blog, “Keeping Up with the Kontinuity Errors,” examines scenes on the show and compares them to the stars’ social-media posts and appearances to organize events on a real timeline, revealing various editing and shooting tricks.

Editing scenes out of order, or doing what’s known as pickup shoots — essentially, extra filming to fill in holes in the story, like reenacting a scene that occurred off-camera — are common techniques in reality TV, according to the producers who spoke with us.

“There are going to be times when great things happen that we weren’t present for, but it affects how the cast feels and it affects how they operate going forward,” Tennione said. “Sometimes, you have to do a pickup interview where you explain this is what happened. It’s very natural and very normal, and I think shows that can afford it, do it. Is it the ideal and best way to do things? No, it isn’t, because we’re humans and not robots and very few shows run 24-hours-a-day, seven-days-a-week surveillance.”

According to the anonymous producer, however, Bravo doesn’t approve of doing reshoots for the “Real Housewives” franchise. “They want it to be as real as possible in the timeline, so they don’t do pickups,” the producer said. “It comes off so false and there’s no flow if you have to do a pre-scene of something you’ve already shot, getting ready for the party when the party has already happened. There’s a lot of out-of-order shooting, but people like Bravo don’t like out-of-order shooting and they’re kind of religious about it.”